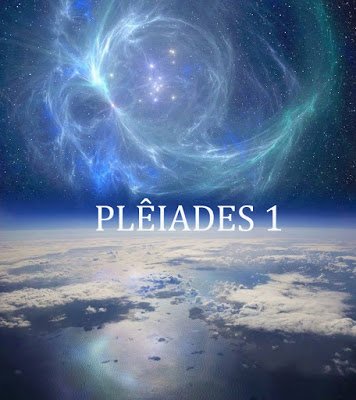 This
clarification was elaborated at P1’s own request to calm some afflicted hearts
before the Notes
We know that many people assiduously accompany the Daily Notes
of P1 channeled by Gabriel RL, because they resonate with them.Others also
accompany, but despair of not understanding, with clarity the meaning. Such
Notes have drawn attention so that we are seeing a real movement arise: the P1
Movement. At that customary time when Gabriel posts the Internet, the Notes are
eagerly awaited by the “adepts,” who read them first, before any
other message. Everyone knows the importance of this information for the current
planetary moment, even without their full understanding. The P1 has advised on
the creation of a “Glossary” to help readers, however, they still
have those who, nevertheless, continue with difficulty.
We put some questions and *answers here to help clarify some
points:
1- What kind of information does P1 bring? “… accurate information about what has
happened on the surface, on the etheric and upper galactic planes.
2- To whom is information directed? “Information is for the most part encoded and
directed to the awakened on the surface and ethereal planes” … and are
also directed “to the higher self” of each reader. (…) But …
“information not only for the Star Seeds, Warriors and Lightworkers, but
for the Globe itself, in all the plans that make up this experience.”
Understand, as long as they let the heart hear. “
3. Is’nt there a special group of people who understand the P1
Notes? No.
“… if at first glance you don’t understand, I invite you to move away
from rationality / linear and go to the heart. “That means decoding the
notes is done in the heart, not in the intellectual mind.
4- How to understand their encodings? “One must understand … that the
codifications will be understood according to the level of consciousness. The
more the level is raised, the more precise the understanding. “- In this
case, it is recommended that there be greater commitment to raise levels of
consciousness.
5. What is the role of logical reasoning in the interpretation
of the Notes? None, for
“There is also a need to abandon the rationalization of information so
that one does not fall into mental stress, since one can only decode the
message if one is mentally calm … Even if the rational / linear mind fails to
understand the Meaning of some terms used, (those exemplified in the glossary),
will be able, at the Superior level, to understand the energy. “
6- What else can be said about the P1 Glossary? It’s a tool given by P1 himself that helps in
reading the Notes so that one can understand “in a balanced way, in the
mental, some concepts.” – But, as Gabriel RL explains in the referenced
text, “I hope I can contribute by bringing the explanations in the best Is
necessary and authorized by me. “Here we should emphasize the expression”
be authorized “- to be reinforced that not all the terms and expressions
of the Notes are authorized for explanations, so that Gabriel can not clarify
anything in these cases. These will be at the heart of each one. But, as has
been said in answer 5, at the higher level, the person will be able to
understand energy. This is already a big thing!
7- Any “awake” can understand the message given by the
notes? Yes.
“… I reiterate the need to let the heart listen to information and thus
integrate it into itself. In this way, to become more an Ally on Earth capable
of receiving, decoding and distributing the information / Light that comes
constantly. “
______________________
*Answers extracted from the base text of the work of P1:
https://www.sementesdasestrelas.com.br.br/2016/10/the-pleiades-1-information-and-glossary.html
See more NOTES of PLEIADES 1, IN ENGLISH, CLICK HERE
INFORMATION AND GLOSSARY SPECIFIC, IN ENGLISH, CLICK HERE
See more of my channelings Here
Source: https://www.sementesdasestrelas.com.br.br
English translation: Sementes das Estrelas / Leony Nogueira
Compartilhe esse artigo Twitter Facebook Pinterest LinkedIn Tumblr Email
Previous ArticlePLEIADES 1 – SERIE’S COMPILATION OF CHANNELED MESSAGES BY GABRIEL RAIO LUNAR (# 138 TO # 144)
Next Article GISELA VALLIN – “O QUE NINGUÉM TE CONTA SOBRE A VERDADEIRA FORMA DE AJUDAR ALGUÉM”