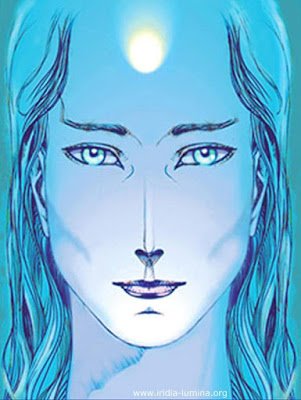 ————————————————————————————-
Please, dear, read the tune of the song below. I particularly recommend to place the music into a pleasant volume and then read the message aloud. You may feel wonderful vibrations of light in your bodies.

How many movements in your lives, dear friends, brothers, Lightworkers and Torchbearers that have illuminated the path of earthly humanity, and so many other names that I could give you. One, in particular, that could be the master word that defines each of you today is “courage.” Courage should be synonymous of “you”, of every one who reads me now. In order to do what you do, how you do it, and to be willing to do what the Heavens have asked for, you have to have a lot of courage.

How many lives it seemed that you were going to succumb to the storms, and have always been reborn, have always shown the determination that is only seen in well-seasoned and experienced souls in turbulent environments! When you were on Earth, my dear ones, you were not “unarmed.” You already had baggage. You had an immense history of galactic wars, seemingly endless conflicts that I myself could see. And where would that be your differential? How would it make you better in the lives you would experience on Earth? Oh! … Quite simply, all this history would be inside of you, though unconsciously in some, and you would know that it could not be repeated.

The courage? Well, when I invited you to come to Earth, many did not want to … Many feared that coming to this stage Earth could awaken the old feelings, the old urges, the old warlike impulses, because you knew what was going on there. You knew the situation was not easy. Well, it also would not have to be easy! But what does it matter if it would be easy or not, considering that the souls that were going to the mission were the most capable I found in the galaxy! I instructed you all myself. I even saw in your looks the determination and courage like beautiful bright blue fireworks! Nothing would make you fall, nothing would shake you, nothing would make yougive up, nothing would keep you from following the plan! And … well! … There you are, reaching for something epic! A transformation that other civilizations took millions of decades to achieve, you are achieving in years, … a few years! How, among you, do some still dare to say that you don’t see change? (Smile).

My dear ones, you also knew that when you entered the dense layers that enveloped this beautiful planet, you would be swallowed up by complex programming, complex algorithms to guide you and try to keep you chained, algorithms built by brothers who are also very wise, still with the old idea, tried to fill the void of their disconnections with the Source through what I will call, simply, of cyclical imprisonment. When I called you into this world, I also warned you about them: “My dear ones, there … where you are going, there is a complex and organized group coming from another galaxy, and they will try to chain you. Know you that they need nothing but your Love. Only your Love will prevent them from putting chains and padlocks on you … Never forget that. Don’t treat them differently than you would treat someone you love very much. Even though you have to use harder actions to contain them, Love is always necessary … “

They knew you would come. They knew you had heeded my call. And they prepared for it. They organized meetings, devised ways to destabilize you at your most fragile points. And in this, my beloved ones, they remain active. But you know, you have the high instructions. You have my confidence. You have all my fleet at your disposal. Look! They try to catch you at all times, for each one of you is a powerful power plant. Each one, although immersed in a dense environment, manages to radiate Light capable of raising everyone around you.

Dear ones, their basis for trying to keep up is the old energies, the old schedules, the old fears, uncertainties, insecurities … They know where to go to get you. And you? Oh! … You know what to do and what to use to “get them”: THE LOVE. But here I will give another tip, or better, I will remember something that I told you billions of years ago, before you went to this Planet … I said that there would come a time when everything would change, where even if some were immersed in the schedules would be shaken so strongly that it would be impossible to keep following the old algorithm without having glimpses of Radiant Lights and a new beginning phase. Yes! … I know how hard it must be for you! I also warned you about it. I warned you that even with all courage and determination and even loving myself very much (a feeling that is reciprocal for each and every one of you), even so, for some it would be extremely painful and difficult. But I always promised that I would help and that I would be with you. And they … Well, they, these beloved brothers, knew that their greatest difficulty would be to drop the security of the standard algorithm. They knew why they really are good at what they do. They are excellent programmers. But here are the reprogrammers! These are the ones I sent.

My dear ones, you have come to Earth to make a difference. In the same way that they know they are good at what they do, they also know that you are the potent “viruses” inserted into your system. They knew about the “Nodes”. They knew that I also would send the “Nodes” and knew that I also would act in strategy. I know them very well, my dears. I know every one of them, very well! Many of them began their evolutions with me and chose to follow other paths, which will always be honored. But I will never give up on them … NEVER GIVE UP FOR THOSE WHO YOU LOVE, at any cost! I’ll hold you again. But they knew! These loved ones knew that much-if not entirely-of their cyclic algorithm structure would be severely affected when the quantum “Nodes” were formed. And I tried to tie these “Nodes”. Distribute them at various points on the Planet with a maxim: don’t undo.

My dear ones, but they didn’t know it! … They didn’t know about my Master Plan. They didn’t have the complete information, they only knew that “envoys” would reach the Planet. They knew that these envoys were beings with lots of baggage. They knew they were a huge risk to their plans. They knew that they would have to strengthen their structure and knew that they would have to spread more algorithms on the network … And yes, they created a tracking code: a code capable of tracking precisely your weaknesses; a code that, at the slightest sign of your weakness, a luminous arrow would point at you. Oh yeah! They did this, and I know this can be up to strong for some! For some others, not so much! But for some! …

Do you understand why at the least sign of imbalance you are severely attacked? There is special attention to you, especially now, in this – which I can say – it’s their last moment. They tried everything. They have tried to suppress your Love by showing you that Love is not worth it. They make the people hurt, using the weaknesses of them to achieve you, and using their to put you through a complex tangle of resonant contexts. They made you go against each other, create borders, erect entrenched walls. They made you tie yourselves to the algorithms of patterns, the comfort zones, the roles! … They made you believe that you were alone in the universe, that your stellar families are malevolent and wish to dominate you, etc., etc., etc. . You know! They know what they did because you went to Earth knowing what you would face. But … you were still extremely resilient. And here you are! What’s more, they did all this thinking they knew everything and would be even if threatened with your luminous presence, unsure of their plans, and that certain algorithms assure. Well, but something they didn’t know. Although very intelligent, they could not predict and know everything. There was something that was coming en masse on the Planet. They knew that something was different. They knew that a Force was drastically modifying the algorithms. I already told you about it.

They thought they knew everything. I let them think a little, but something intrigued them. In the future, I would let them know, but not yet. They wondered, “What is it that has caused all this damage? We know it has something to do with his envoys (Ashtar), but what is it? What is that ?! ” They didn’t know precisely what it was. They didn’t know where the entry point of this “thing” was that was dismantling so strongly their structure. They wondered, “Where will the point be?” – But they didn’t know until recently when I let them know, after all their structure was already “infected.” And they still wonder, “Where’s the point?” … Oh! … Now they know: THE POINT IS THE NODE.